The people or groups establishing ‘norms’ generally have social power (either through numbers or authority) which makes them automatically prejudiced. Normally you would turn to statistics to help inform societal norms but the issue here is that any statistical study of deviance is already prejudiced by our societal norms.

Who decides that drug-use is more interesting, statistically, than toe-length? Or number of eyelashes? Or people who eat carrots. And what if we measure the wrong things?

Bell Curve is curved in shape because there are outliers (on either end) that bend the straight line of normalcy downwards from where it would be if the chart were simply comprised of the masses. The middle of a bell curve is as close to ‘normal’ as you will ever get. 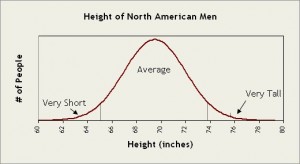 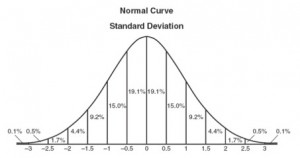 Either way, it’s clear to see it’s a numbers game. If you’re not with the masses then you’re a varying degree of ‘outlier’. Which… I have to say thank GOD for diversity!